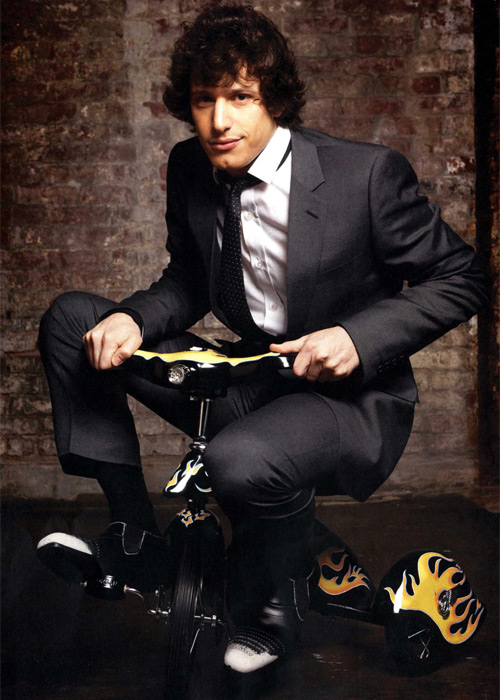 It was announced this week that Andy Samberg will host the MTV Movie Awards airing May 31st on well, MTV. I’m excited and disappointed all at once. On one hand, Andy and his parody songs will make an appearance and possibly save this crappy 8 hour too long infomercial for Lil Wayne’s jazz cd, but on the other this could make the honorable Andy Samberg take an MTV reknown dank fall from funny, like Jimmy Fallon.With fingers crossed we’ll get to see an amazing opening sequence featuring a certain Mr. NSYNC and a box covering his genitals dance around to a faulty r&b track called, “Dick in a Box” or maybe we’ll listen to 6 minutes of him roasting Paris Hilton and Octo-Mom, while I vomit in sheer disgust.

I think I’ll just TIVO this beauty of a show, get drunk and watch it on rewind. That way we all win.

1 thought on “Andy Samberg; your host for the evening”