As much as I am in love with the success of recent hit shows starring and created by my kinfolk— Blackish, Empire, Scandal, How to Get Away With Murder, and the Larry Wilmore Show—I can recognize that diversity is not just for black people. There is a staggering lack of representation of any other POCs on television. This last TV season saw the addition of the Cristela show, an ABC comedy about a Mexican American working woman who’s trying to get her law career  off the ground while dealing with her family. I caught a few episodes, which were unfortunately relegated to a Friday night timeslot.

ABC should be applauded for moving us all a bit closer to being represented in primetime. Although, I’m sure their move toward diversifying their shows is strictly money-based, at least they have the balls to know that the viewership exists and wants to be fed and are actually feeding them. In the same way Scandal’s success made it easier to see a network on Empire, I’m sure the Empire phenomenon will spawn a whole new crop of diverse shows and I am happy for that.

In the meanwhile, I haven’t seen an Asian family on network TV since Margaret Cho’s show aired in the nineties. It was hilarious and she absolutely does not get enough credit for being a trailblazer. When I heard about Fresh Off The Boat, I was intrigued. One, I worked at a bookstore at the time and the book it is based on by Eddie Huang was selling like gangbusters. The cover was hysterical looking and the title was eye-catching and after reading through a few chapters, I was sold.

This guy was hilarious and relatable. Also, his book and the show are set in the nineties, which, in my opinion, was the best decade ever. His tale of growing up in Orlando and then New York being the fish out of water is universal. Most of us have been there. It offered me a new take on the family experience through Huang’s eyes. He also has a great writing voice: funny, unique, and clever. After last night’s pilot premiere and second episode I was thrilled to find out that the book translated beautifully into a sitcom.While they definitely toned down a lot of Huang’s sentiments, it all still worked.  The opening scene of a young Eddie trying on his b-boy outfit in the dressing room and having his mother deny him his swag because of the price point had me in stitches. The show is wonderfully cast and I genuinely look forward to seeing how many of the tales from the book make it into future episodes. 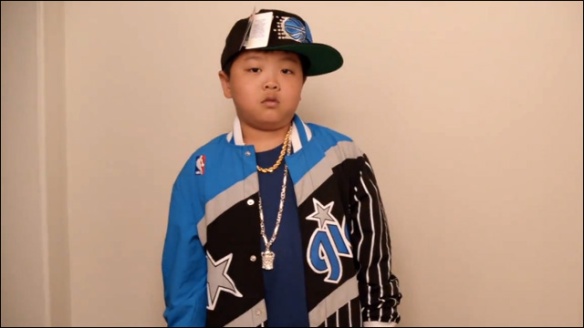 I hate that this show and Blackish have to go up against Empire, which is dominating Wednesday night TV for the foreseeable future. In a dreamworld, I would love to see  Blackish and Fresh Off the Boat take the 8 o’clock hour so their success is not derailed by the titan that is Empire. ABC could place proven hits Modern Family and The Middle in the 9 o’ clock hour and retain much of its core audience. I want so desperately for all these shows to have their time in the sun. It’s been far too long since I’ve seen a programming hour encompass the essence of the America I live in. 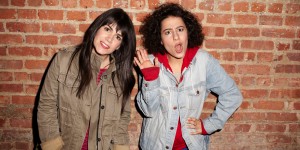 Last year, one of the best shows in television came into my life: Broad City. The story of 2 real, funny, clever, reckless girlfriends, Broad City is a show that the 20-40 year old female demographic desperately needed. Watching the New York-based adventures of Abbi and Ilana as they cause chaos among the coworkers, attempt to score weed and men, while maintaining the realest friendship on TV makes me and every woman I know so hopeful, nostalgic, emboldened, and excited. It’s not often that we’re allowed to see women be goofy and sex positive. It’s even more rare to see 2 women on TV not destroy each other over men or even constantly talking about their men.

Abbi likes her neighbor Jeremy but it isn’t all she talks about. She has a job as a janitor at a gym. She is a career woman who wants to move up the rankings and become one of the trainers. Her self-involved, meathead of a boss constantly taunts and tests Abbi, but she is resilient and always comes through for him no matter how much he chooses to ignore her desires for a promotion and her career goals. Abbi is all of us. She also had one of the funniest moments in TV during the early parts of the second season when during a massive heatwave she found herself in an apartment with air conditioning…alone. She mimed out Lady Gaga’s “Edge of Glory” as she sauntered through that cozy apartment reminding us all that it’s the little things like air conditioning in the middle of a New York heatwave that need to celebrated with the best pop song performances.

Meet Ilana. She is Abbi’s best friend and she does not give a single fuck. She wears what she wants, does what she wants, and commands the hell out of a room. She’s like Lucille Ball on LSD and she is the such a master of absurd physical comedy. She has a job (barely) as a telemarketer and when she does manage to show up, she shows UP. Her boss is on the verge of a nervous breakdown when she’s in the building and her coworkers are not her biggest fans but everyone loves Ilana despite her lack of expected social responsibility. She is ride or die for her bestie Abbi even in the midst of going into anaphylactic shock over a shellfish allergy or doing a passport job of babysitting Abbi after a dental procedure. Besides her devotion to Abbi, my favorite thing about Ilana is the way she handles her sexual relationship with her dentist homie/lover/friend, Lincoln played with straightman coolness by the increasingly popular and very funny comedian Hannibal Buress. She is not looking for anything serious though it is obvious that Lincoln would wife her up in a heartbeat. As much as Ilana plays around, she doesn’t actually use this knowledge against him. It is what is.

Though the show is a bit wacky and grounded just outside of reality, it is so nice to see women perform antics like this on TV. The girls don’t hit us over the head with any abrupt feminism reference, or are forward about their feminist objectives like Lena Dunham’s Girls, but they still manage to embody the feminism spirit that so desperately need to be shared on any network but especially the male-dominated sphere of Comedy Central. It should go without saying that women are funny, but let it be known that our humor is not just Sex in the City or Girls, we have some Broad City in us as well. Thanks Abbi and Ilana.

It was a typical Sunday morning filled with Coco Puff wishes and dreams of the future. But this would prove to be anything but a typical Sunday because yesterday my world would be blessed with the trailer for Mad Max Fury Road.

In case I haven’t made it abundantly clear, my dear readers: I have an enormous para-social crush on Hollywood’s Tom Hardy. Now this isn’t some bandwagon, flavor of the day “I’ve loved him since he was Bane” type thing. I’ve been rolling hard for Tom since 2009. 5 solid years of Fan-demonium. I stan for him like others stan for Beyoncé. 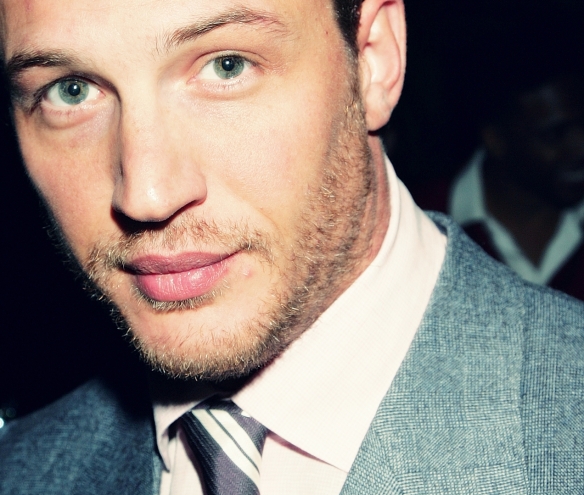 All proclamations of undying love aside, I have been waiting to see this trailer since I heard my dearest Tommy had landed the role that would finally display his acting chops for the masses (sans facial mask and wacky voice).

This trailer did not disappoint. If this is what the near future looks like then I better start doing push-ups, invest in some charcoal colored makeup, and a nice Wilson’s leather coat.

I had to triple take IMDB this morning. Matt Camden from 7th Heaven—or Barry Watson as his parents named him— turned 39 today. Seriously, I used to get the (Teaching Mrs.) tingles watching this guy every Monday night as the bible thumping Matt Camden on 7th Heaven.

He was the first notable incarnation of John Carter——brooding, dark eyes, shoulder-length Vidal Sassoon-ed hair. Barry was a demi-god back in ’96. I’m not sure why his star did not continue to rise after 7th Heaven left the air, but he was the champion reason why I bought BOP! magazine back in the day. Wherever you are Barry, just know that Taylor Kitsch owes you a round of drinks and pair of sneakers because without your heart-throbbing success, he could’ve never battleshipped his way into America’s heart. 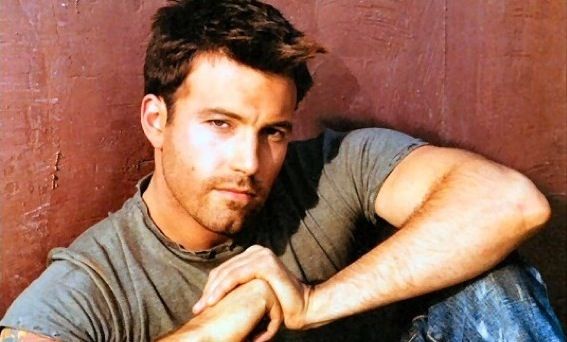 On April 29th, things are about to get real for Ben Affleck and a host of other celebrities. Live Below the Line,a campaign dedicated to challenging the way people in the U.S. think about poverty announced that Ben Affleck would be participating in this year’s Live Below the Line challenge, which requires participants to feed themselves on no more than $1.50 per day for five days next week, from April 29 to May 3.

Ben Affleck meet your new best friend, Ramen Noodles. They’re 4 for $1 at a market far from your house. And if you’d like a healthy alternative, the $0.99 Store now sells produce.

Click on the pictures for more info about this awesome campaign.

I’m very confused by this weekend’s box office results. Diablo Cody, Oscar winning screenwriter, and Transformers’ star Megan Fox released a horror/comedy movie  and it only managed to take 5th place, taking in a little over $6 million in its opening weekend. What?! 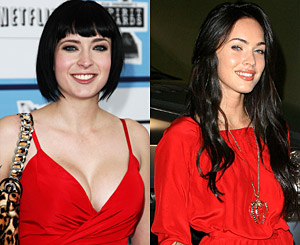 So why didn’t the movie perform to expectations? Megan Fox did a complete blitz marketing campaign, from a zillion magazine covers to starting feuds with Michael Bay and mental health. Dangerbowie.com saw a 200% increase in site views because of the last Megan Fox post. Even writer Diablo Cody was out there pimping it strong but to no avail. Perhaps the R-rating killed the chances of a large portion of it’s would be audience. There was also talks on the interweb about how the horror comedy genre just doesn’t play well to Americans. What “they” are saying  is that we (Americans) will watch giant robots come to life and breakdance, we can get into teen angst vampires, but the concept of Evil Dead or Gremlins just don’t do it for us commercially? Bollocks.

I firmly stand behind this project because it is so rare that you get a movie written, directed and starring women in non traditional roles.It’s always the same  romantic comedy that paints a one sided picture of the ditz/chubby/awkward/dumb girl who eventually gets the guy. They took Jennifer’s Body and spun in it in an entirely different direction and kudos to them. I hope that this softer opening weekend doesn’t prevent these ladies from continuing to make movies that feature women in different societal roles. Long live Diablo!