By now, I’ve come to recognize that due to bratty antics in and around Hollywood, my dearest Shia LaBeouf is an acquired taste—this will not stop me from crushing hard in his direction. What can I say? I like boys with chips on their shoulders.

In the latest casting news from The Hollywood Reporter, LaBeouf will team up on a project with Robert De Niro and his former Disturbia and Eagle Eye director, DJ Caruso. Titled Spy’s Kid, the film would cast De Niro as a real-life CIA veteran convicted of spying. LaBeouf would play his son, a depressed Army discharge who ends up following in his father’s footsteps, serving as a courier of information between an Oregon federal prison and Russia.

My favorite chip-on-his-shoulder young man will pair up with my favorite grumpy-looking, older man. Swoon! 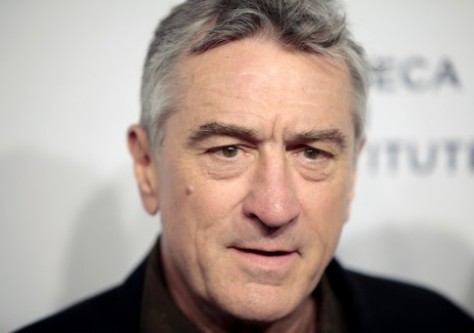 I hit the roof with excitement when I saw this trailer for the first time a few weeks ago. Mr Winding Refn is my generation’s Kubrick—and his pairing with Gosling is just inexplicably awesome. Check out the trailer, but be warned that it gets pretty gruesome rather quickly.