I dove into a bin at someone else’s neighborhood Wal Mart and for $3.99 I came out with my childhood classic, “Robin Hood: Men In Tights”. I can remember sitting in front of the television watching channel 13 and this movie would come on and I’d be silent except for giggles for the whole 2 hours. Channel 13 was my favorite channel as a kid because they played amazing movies every weekend. You could watch anything from “Hook” to “The Sandlot” and they sometimes played marathons of “Teenage Mutant Ninja Turtles” (turtles in a half shell, turtle power!).

So last night after getting home just in time to watch the last 15 minutes of Paul Rudd on SNL, I decided to pop in Robin Hood: Men in Tights for old times sake. 14 years have passed since my last viewing of this comedic opus . Boy oh boy was I not disappointed.

Isaac Hayes, Patrick Stewart, and Dom DeLuise do a fantastic job in their respective  parts. DeLuise ripping on the Godfather, Isaac Hayes as Asneeze helps Robin break out of jail, whilst Patrick Stewart and his wonderful timing steps it up as King Richard.  The film has a few sight gags that are extremely dated and some that remained very relevant. It was peculiar to discover that while my 14 year old self was more attracted to Will Scarlet O’ Hara, my 26 year old self was loving all of Mr. Cary Elwes. Damn he was dashing and charming and all kinds of Zack Morris cute as Robin of Loxley.

Blinkin and Achoo, the best blind and black sidekicks one could ever hope for, held up their end very nicely. I fell back in love with the ridiculous metal chastity belt on Maid Marian, her aggressive German handler Broomhilde, and the  Sheriff of Rottingham and his amazing comedic facial movements. I loved Tracey Ulman as Latrine, it’s her at her funniest. I giggled incessantly over the different quotes that I remembered and Richard Lewis’ ever mobile facial mole. I sang along to the Robin Hood men in tights dance number and I felt sad when it was over because they just don’t make spoof movies like that anymore. Mel Brooks filled that movie with obvious, long running , and background jokes, essentially it was a movie layered with jokes. 16 years have passed since it’s conception and I still laughed heartily at most of it.  In hindsight you can see where future movies stole a lot of their gimmicks. Sadly it seems like all the major players of this movie have not held very prominent positions in the Hollywood scene.

It seems like the cast has been divided over the years.  A few of the players have passed away while the other half have been a lot quieter in the film scene. I can remember a time when Richard Lewis was THE comedian to be, it was like 95-96 but I feel like I saw that guy on every comedy show during that  period. Cary Elwes, whose slot has been taken by Patrick Wilson and Aaron Eckhart, is a great actor, yet his IMDB page reflects that he’s working in smaller roles but I’d like to see him in better movies.  Then there’s the matter of Dave Chappelle. 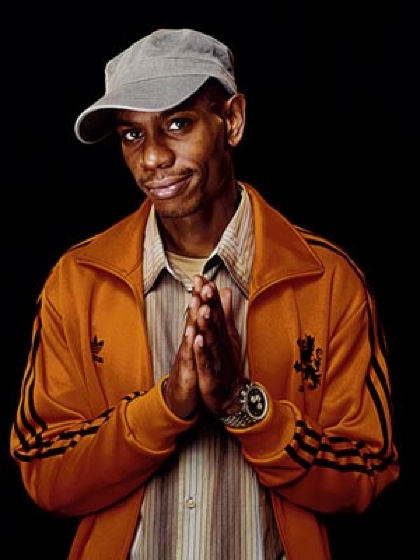 Of everyone to come out of this movie, Dave Chappelle has made the biggest impact on my generation. From my job, to bars, at social gatherings, or even just hanging with close friends, a Chappelle show quote is only one topic away. It seems that even though his Comedy Central show was only on for 2 seasons and some scraps, he managed to touch the impenetrable hearts of the desensitized twentysomething. By challenging prejudice and harpooning social dilemnas like drug abuse, government inadequacies, and to a lesser degree reality television, he started a dialogue in my recessive, drained, and apathetic generation.

With his hilarious observations and cultural impact, I feel the loss of Dave  when something as major as the first black president or Michael Jackson’s death occurs, Chappelle is always floating in the back of my mind. One can only imagine what kind of sketches he would have made about the 2012, Octo-Mom, Jon and Kate, Britney’s meltdown, Obama, the recession, or the Jackson memorial. I can only hope that he has had his rest and is ready to come back on his own terms because the comedy scene is bleak and we could all use some social satire from the man that took the idea of a comedy sketch show and turned it on it’s ass, creating one of the funniest 30 minute comedy shows of all time. Roll a joint, order a pizza, call a friend or 2,  watch Robin Hood: Men In Tights and chase it with Seasons 1 and 2 of Chappelle’s Show, I couldn’t think of a better way to spend a night. Viva Youth!!