Catherine Hardwicke, famously stepped down from directing the Twilight saga in the beginning of November much to the devastation of young vamp-agers everywhere. No one knows the real reason behind the split but one can almost assume it was Kristen Stewart’s mouth acting. Just Kidding.

Catherine started off her career as a production designer in notable films such as “The Newton Boys” starring Skeet Ulrich, “Three Kings” and “Tankgirl” starring the honorable Lori Petty of “Pointbreak” fame. She then went on to direct “Thirteen” a disturbing look at surburban teenaged girls and the “Lords of Dogtown” an awesome memoiry look into the world of the guys who innovated skateboarding.

Now with the smash box office success of “Twilight” some genie granted Catherine one final teen mania wish and decided to publish the notes she took while directing this “masterpiece”. “Twilight: the Director’s Notebook is being released in bookstores, Hot Topics, and Claires everywhere. Enjoy everything from costume design to locations, but most importantly with 15 million shots of “It” boy Rob Pattinson this “book” is assured to please the Twi Hards and sell at least a few thousand units to other pre-adolescents. The Twilight merchandising train will chug on toward the March 21 DVD release of the movie to end all movies: “Twilight”. Also available in Blu-ray for 8 times the price.

I’ve included a hot shot of Robby Pattinson so more people will read my blog. Cheers.

Arriving in theaters this Friday (yawn) is the action packed (stretch), corporate spy caper starring Clive Owen and Julia Roberts. (Snore). So it only took the big studios 5 years since  the arrival of “Mr. and Mrs Smith” to figure out that sexy spy movies featuring Hollywood A-Listers can make you a buck or two. Tsk Tsk. This movie is what happens when “Ocean’s Eleven” has a drink with “Mr. and Mrs. Smith” .

Check out a brief synopsis of “Duplicity” per IMDB.com:

“A pair of corporate spies who share a steamy past hook up to pull off the ultimate con job on their respective bosses.”

(Yawn) Rich, beautiful and boring. At the end of this film, the hero will ultimately wind up donning a Buena Vista Social Club straw hat while wearing white pants as he walks down a white sand beach sipping a pina colada, at the bottom of the frame a glowing Julia Roberts will embrace him, in her darling bikini top and sarong. The music will cut in as the credits begin to roll following a tight shot of Roberts gaping million dollar grin. Okay Hollywood how about you pay me $10 million and I’ll have the sequel ready for you by August? I guesstimate “I Love You Man” to win this weekend’s box office with “Duplicity” trailing along in spot number three. Maybe I’ll eat my words but it doesn’t matter because in the end Mrs. Julia Roberts always wins.

Seth Rogen is gracing the cover of the April 2009 issue of Playboy with Jason Kidd’s girlfriend. Seth is only the 9th guy ever to be on the cover of one of the most prolific nudie magazines. While Kidd’s girlfriend shows off her curds and whey in the middle of the mag, Seth gives an amazingly candid 8 page interview that is a must read if you happen to be a fan. I love Seth Rogen, so much so that I was vaguely aroused upon purchasing this beauty of a magazine pictured below, 2 weeks ago.

This delicious pic-gasm is just one of the main  reasons to champion these dudes. They lived next door to you, they played video games at the mall arcade, they masturbated to anime in the 11th grade, this guy really wanted to take you to Prom but couldn’t work up the nerve. Now look at them, guaranteed success at the box office and in the pants of a Playmate but they could care less because in the end the nerds win. Hope has arrived for us all. Three cheers for sweet revenge.

Anne Hathaway is a good actress. I never believed these words would come out of my mouth but after viewing her Oscar nominated performance in “Rachel Getting Married”, I was turned out. The movie is the story of Rachel, a young woman who has been in and out of rehab for the past 10 years, returning home for the weekend to attend her sister’s wedding.

A former American Idol contestant, “Ella Enchanted”, “Mr Noodle” from “Sesame Street”, the lady from “Terms of Endearment”,  and the lead singer of “TV on the Radio” all appear in this movie and it works really REALLY well.  My initial  shock after viewing the movie in it’s entirety is the amazing casting. Kudos to Tiffany Canfield and Bernard Telsey for choosing a multi-ethnic and believable group of actors as well as extras, all of whom are necessary to this flick.

Going through emotional hell with this dysfunctional family on the tension express was enthralling. So rare that addiction, love, family, and death can be dealt with so eloquently in a movie. The wedding is a perfect spectacle, like nothing you’ve seen in any movie or real life.  You want to be apart of it, the togetherness in beings so completely separate.

Live music is used to guide you through the happiness and peril these characters are faced with. I’ve read in several places that the infamous table scene is one to look  out for but I was still taken aback  by my severe reaction. Spotlighting over 10 different characters in one of the most  pivotal scenes to the film, the emotional roller coaster straps you in. Sadness, embarassment, happiness, love, loss, desperation, jealousy, angst and tenderness are all tapped in, during this extended glimpse from the wedding rehearsal dinner. I have never been more uncomfortable watching a movie as I was during a certain point in that scene. It was excruciating. Hard to believe it only took the screenwriter  Jenny Lumet, 7 weeks to write this amazing character study.

Now I refuse to spoil any bit of this movie because it deserves at least one full uninterrupted viewing by everyone in Danger’s opinion. Remember that life is left unresolved more often than not and there won’t be any disappointment. You will find a character to relate to, there will be at least one note of music that you love, and you’re eyes will glaze over for at least a second, even if you won’t admit it to anyone. 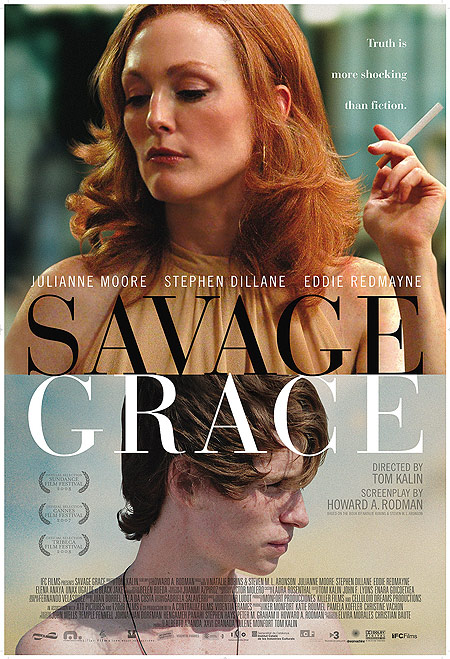 They must’ve known this story did not need to unfold cinematically from the moment they started adapting the second act. Starring Julianne Moore, Eddie Redmayne, and Hugh Dancy this film could’ve been shot for a quarter of the price and turned into a saucy Showtime Red Shoe Diary episode.

This dramatization of the Barbara Baekland murder in 1972 features Moore as Barbara, a charming cultured American socialite who is more intrigued by entertaining her social circle than being a caring mother or wife. Her husband Brooks played by a stoic always fleeting Stephen Dillane, leaves her for their son Tony’s ( Redmayne) prospective girlfriend. Girlfriend theft aside, Tony doesn’t care as it’s revealed that he is gay and only wants acceptance and love from a father who can’t get away fast enough.

Sam gets freaked out and leaves. A couple scenes later Barbara walks into the living room where Tony is hanging out, proceeds to engage him in chitty chat, during which she seduces, straddles and totally does it with him. 1 scene and a half later he starts bitching about some dog collar he can’t find, he finds it in the kitchen, realizing she hid it, he stabs her, calls the cops, orders Chinese food, grubs and then holds the dead body until the cops come.

Then the movie ends. The title cards are used to let you know what happened to Tony afterward and I’m left sitting on my couch with my jaw on the floor. What was that? The first 45 minutes was all soft porny, followed by 30 minutes of incest and then capped off by matricide. I didn’t care about Tony because Redmayne played him unneccessairly numb and snarky. I cared about Moore for the first 15 minutes but then she started to become a cartoon. I tried to figure it out, to see where it was going, but it could be summed up as a true story that probably reads a lot better than it played out on the big screen. You want a good nasty shock, watch “Oldboy”, wanna feel a little bit ashamed of yourself? Then by all means, Savage Grace is for you. 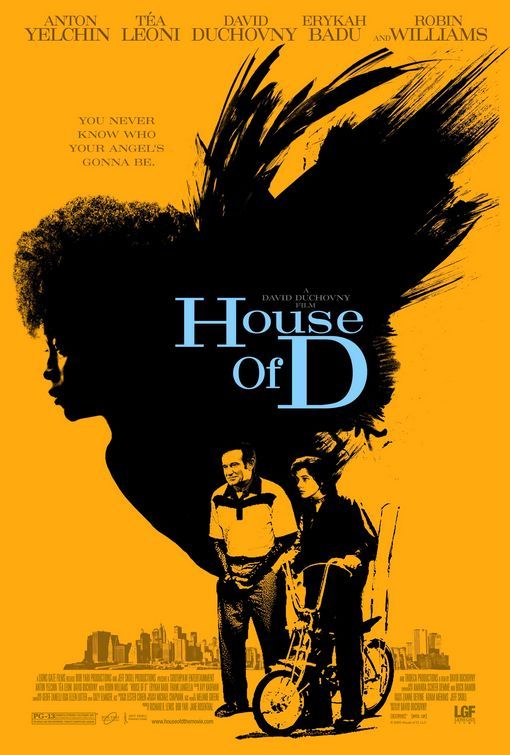 Now I will be the first to admit that I have a major dvd buying compulsion.  I own hundreds of  dvds and easily half of those I’ve never seen and a better portion of those are still in their original packaging. Back in the early 2000’s toward the end of Blockbuster’s reign, I perused their section of previously viewed dvd’s on a weekly basis. I’d spend $25 bucks every Friday and leave with a little white yellow and blue bag filled with upwards of 5 used but otherwise in good condition movies. Of those 5, I would watch one and throw the rest into my dvd bucket in the corner of my room.

The times they changed and so did my responsibilities so like any good 26 year old with rent to pay, I purchased my very own Netflix subscription. For $13.99 a month I can watch as many movies as I want but only 2 at a time. Only problem is the returning of said movies.  I find it to be as difficult as killing a newborn kitten to physically remember to return these movies. I manage to send back my movies once a month on average, meaning that I am spending $14 bucks a month to rent 2 movies. My name is Desiree and I am a sloth.

Then on a  day like today, after practically taking a lynching at the office, I get home with some Chinese takeout and decide that I want to be entertained cinematically. I saunter over to my makeshift library and I select a lesser known David Duchovny directed movie entitled ” The House of D”.

The cover reflects a few name brand stars with credible work, Robin Williams, Tea Leoni, David Duchovny, and Anton Yelchin and that’s pretty mucha recipe for a good hour and a half of entertainment. I throw the disc into my electric pink dvd player and snuggle into my Transformer blanket as the credits begin to roll.

The movie is of the coming of age variety. Kid has a bad childhood, a few horrible events follow him into adulthood and he  must revisit his painful past if he wants a brighter future.  I sobbed like a bitch for maybe 45 minutes of this heart wrenching film. It played like a shocking prediction. I was too shocked to see this obvious about to occur. Robin Williams was great as “Papass” a  mentally challenged man. Actors playing the ubiquitous mental retardation role for the Oscar nod should be smited. Duchovny (director, actor) was stoic and snarky per usual, even Tea Leoni was good as the single mom with the world on her shoulders. However, Mr. Anton Yelchin stole the movie and a tiny portion of my perv heart. He put a realness, warmth and empathy into a run of the mill movie. Erykah Badu was amazing and necessary, providing the movie’s much needed edge factor. I fully recommend this movie if you want to drop a few tears  or if you want to join the Anton Yelchin train. Not a bad ride. Wow I employed a lot of critique cliches in this post. How gauche.