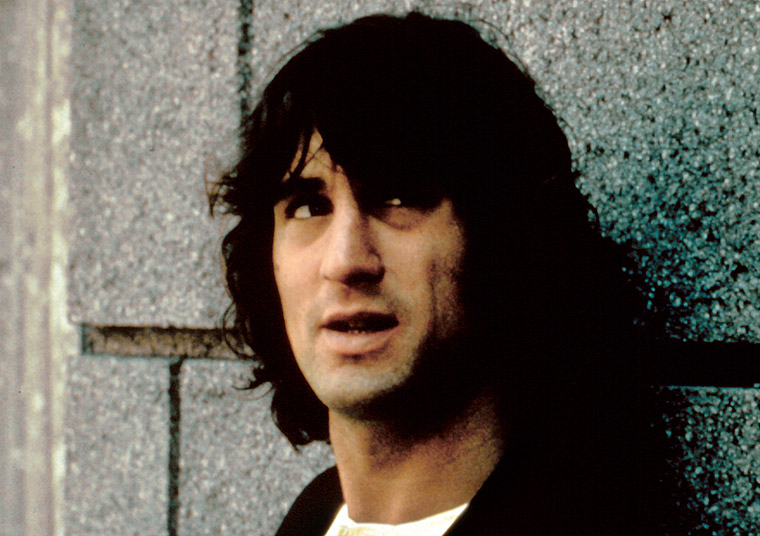 Nihilist. Debaucher. Sadist. Psycopant. Boxer. Grandpa.  My dearest Robert DeNiro has played a lot of it all. Today Dangerbowie.com celebrates De Niro’ s 66th birthday. After nearly 6 months spent taking a stroll down DeNiro’s filmography I am left furiously empassioned by his acting and total embodiment of character. No one plays a more charming sociopath. No one is a more believable gangster. It doesn’t hurt that from about 1970-1994, I would have probably sold my right leg for one night with Mean Streets’ Johnny boy. 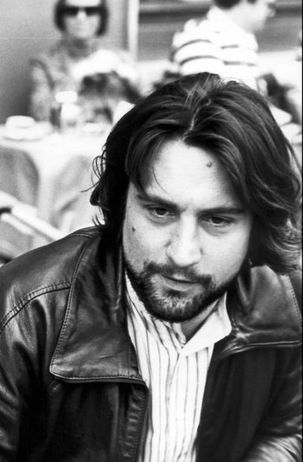 So three cheers to a man who alongside  the great Scorcese helped change the face of cinema. Watching Cape Fear for the first time at 12 years old ( a horribly inappropriate age to deal with such subject matter..tsk tsk Mom), a young Danger Bowie was properly introduced to DeNiro as a creep. Sitting in the theater at the $1.75 show and squirming a little as  Max Cady slipped a finger into the mouth of the pubescent Juliette Lewis , I can remember thinking this is the grossest yet most hypnotic and sexy thing I had ever seen. Then I wanted to see more. 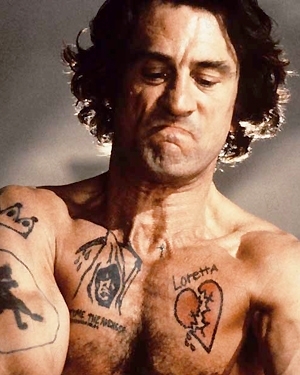 I was on the hunt for every De Niro movie or appearance mein greedy eyes could see.  Goodfellas, Heat, This Boy’s Life, Casino, The Fan, Sleepers, I couldn’t get enough. I wondered how immersed one person could become in constantly pretending so deeply to be someone else. Essentially De Niro gave me my first artistic existential thought. Thank you Robbie.

Robert Mario De Niro Jr. has given the world countless hours of hardcore entertainment. His realistic portrayal of underdogs and his relentless passion to transcend his characters have made for amazing film spectacles. 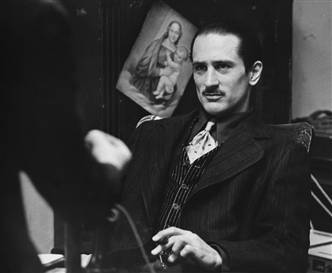 When he’s not method acting, he stays busy with the  Tribeca Film Festival, his fancy eatery Nobu, and  the Greenwich Hotel. If I am a tenth as lucky as I think I am, perhaps I will one day be able to shake Robert De Niro’s hand, or say hello as he drives by. Any small amount of contact will do, I’m not that picky. Until then I have 3  more De Niro flicks on my coffee table, awaiting my eager viewership. Happy Birthday Bobby. I heart you.