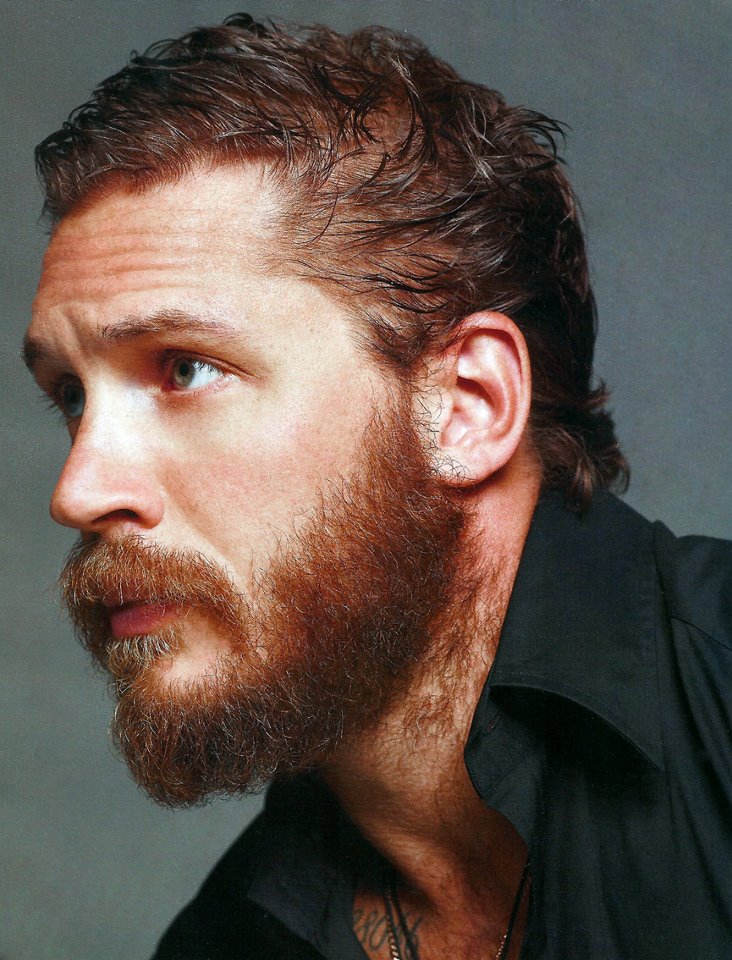 My dear multi-talented, sexy, adorable, parasocial love Tom Hardy is proving, yet again, that he is a forced to be reckoned with. FX has ordered Taboo, a new drama series from Ridley Scott with Tom set to star.

Set in 1813, Taboo is based on an original story by Hardy and his father, Chips Hardy. In Taboo, Hardy plays the lead role of “James Keziah Delaney,” a rogue adventurer who returns from Africa with 14 ill-gotten diamonds to seek vengeance after the death of his father. Refusing to sell the family business to the East India Company, he sets out to build his own trade and shipping empire and finds himself playing a very dangerous game.

Scott said, “FX is the perfect partner to engage with this dark, fantastic world that Tom and Steven have created. We¹re glad to have them on board.”

Hardy added, “Taboo is the first major production our company, Hardy Son & Baker, is setting sail on, and it gives me great pleasure to know that we are in partnership with FX and the BBC. I believe with the high standard of creative talent – with Steve Knight and Ridley Scott at the helm – and with the support and backing of these two great broadcasters, we have found the perfect home and team for Taboo.”

I love that he conceptualized the story with his Pa. Too cute. I shall wait with baited breath until 2016, Mr. Hardy. Until then, enjoy this picture of Tom on the set of The Drop with Rocco the dog. 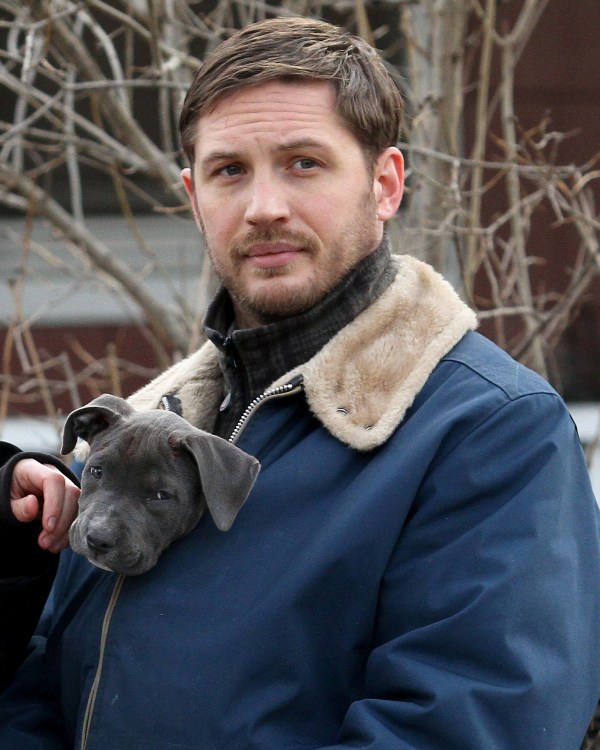 It was a typical Sunday morning filled with Coco Puff wishes and dreams of the future. But this would prove to be anything but a typical Sunday because yesterday my world would be blessed with the trailer for Mad Max Fury Road.

In case I haven’t made it abundantly clear, my dear readers: I have an enormous para-social crush on Hollywood’s Tom Hardy. Now this isn’t some bandwagon, flavor of the day “I’ve loved him since he was Bane” type thing. I’ve been rolling hard for Tom since 2009. 5 solid years of Fan-demonium. I stan for him like others stan for Beyoncé.

All proclamations of undying love aside, I have been waiting to see this trailer since I heard my dearest Tommy had landed the role that would finally display his acting chops for the masses (sans facial mask and wacky voice).

This trailer did not disappoint. If this is what the near future looks like then I better start doing push-ups, invest in some charcoal colored makeup, and a nice Wilson’s leather coat. 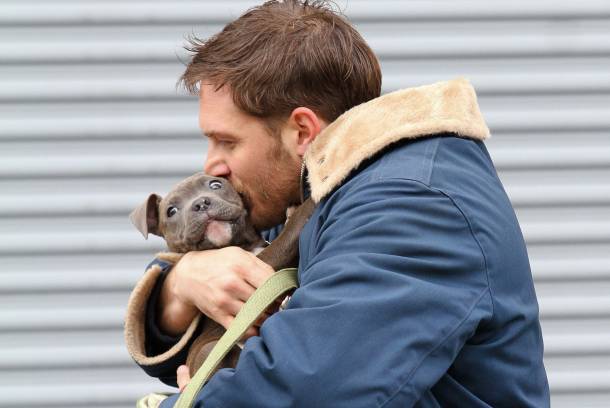 Damn you for making me wish I was a puppy.

Powers that be, take me into your arms as I breathlessly endure this handsome beast.

Today is my 29th birthday and all I want is a steak and a hug from Tom Hardy (pictured above). I know that I’ll certainly get the former today and the latter if I’m lucky in the next 10 years. When I was younger, I thought I always imagined I’d be a world famous mega writer/director, jet-setting from cool country to cooler country with a dangerously attractive man on my arm. Now as I groggily type out this post, I realize that while I’ve not yet obtained the desires my younger self had conjured up, I am satisfied with the direction I’m currently traveling.

My twenties have been a great time of confusion, discovery, and empowerment. I’ve had the best and worst times trying to figure things out. I’ve had some ridiculous adventures, made some poor decisions, and met some of the most fantastic people along the way. When I talk to younger people, a lot of them seem alien to me. I can practically smell the breast milk on their aimless lips. I don’t wish to be their age again, plagued with fear and uncertainty, dependent on other people for direction. I used to think I’d envy their youthful positions but in reality I’m happy to have gotten out of that portion of my life.

Now, I just want basic things; hours of conversations about movies, drinks at a bar, getting my short into a festival, watching my sister graduate from college, laughing with like-minded companions, and hugs. I hope I can retain this eternal optimism for another 29 years. Now that I have a hold on who I am, I can put all my energies into getting the universe to give me the opportunity to get a hug from Mr. Hardy.

September can not get here fast enough. HARDYLUST

Once upon a time James McAvoy and Tom Hardy were in the same room together?  OOOOOwwweeee.

Please sirs, can I have some? 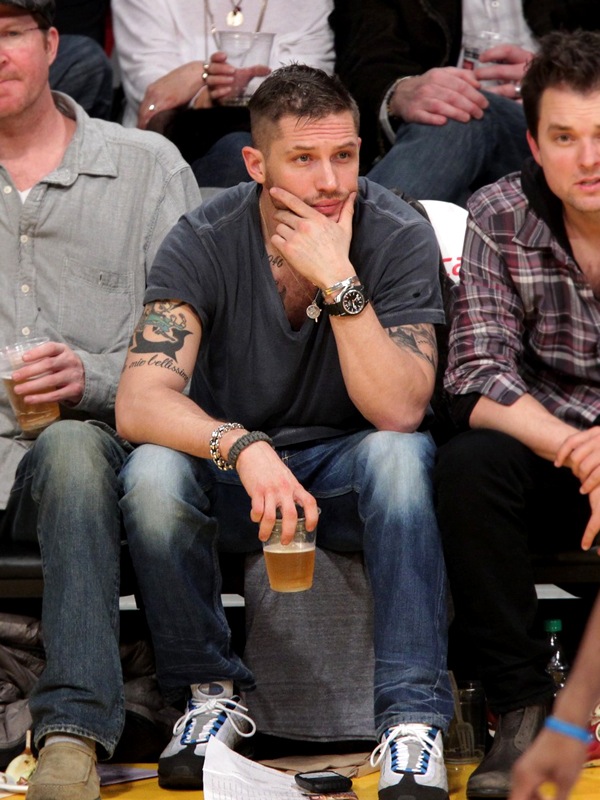 Tom Hardy and Shia LaBeouf are allegedly teaming up to star as bootlegging brothers in “The Wettest County in the World”. Pardon me for a second.

The film is based on a novel from Matt Bondurant about a family of Prohibition-era bootleggers, and crimes committed by and against them.

I find these gentle lads to be perfectly suited to play brothers.  They have a loose cannon, street vibe in common, that will make for exciting on-screen chemistry. Oh and they’re hot. Doesn’t hurt.

Two lifelong best friends wage an epic battle against one another after they both fall in love with the same woman. This is the plot for next summer’s blockbuster release, “This Means War”. Tom Hardy, my exquisite English picture show crush, plays one of the male leads. Squeal.