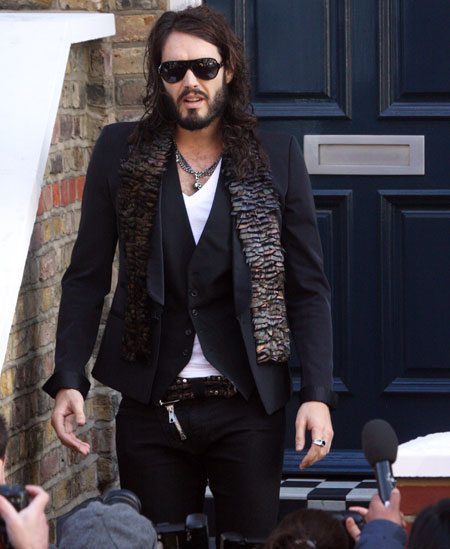 My favorite man from Essex, Mr. Russell Brand, announced today that he would be returning as the host of the MTV Video Music Awards in September.  He is still acknowledging his affections for the virginal Jonas Brothers. “I want them to play at my wedding, which, if there’s any justice in the world, will be to one of them. One of the older ones.”

I can only hope that Brand, now a bigger star in America since his last VMA hosting stint, takes the crass to the next level. For that matter, it wouldn’t hurt if he lost the clothes and did a naked tribute to Michael Jackson. I might even watch the whole telecast for that bit.